World Premiere of Hansel and Gretel, the ballet

What excitement there is in Johannesburg at the moment. A brand new ballet, Hansel and Gretel, commissioned for the Johannesburg Youth Ballet, choreographed by Mark Hawkins to a new commissioned score by Nik Sakellarides had its international premiere on Thursday 16 August 2012 at the UJ Arts Centre where it will be running until 19 August 2012. 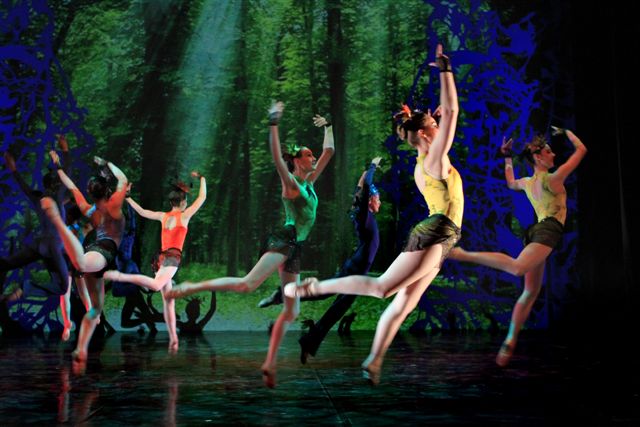 Hansel and Gretel is a scary folk story found in the collection of fairy tails by the Grimm Brothers. The possibility of being abandoned by one’s parents because of dire poverty, lost in a dark and hostile environment, captured by a witch, fattened to be eaten and left to sort out one’s own problems is tough on children – especially in South Africa where poverty is an ever-present problem. 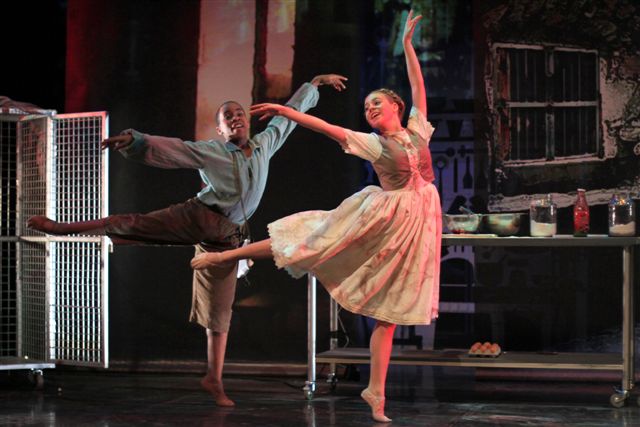 Thula Cruikshank and Megan Meyer as Hansel and Gretel. Photo by John Hogg

Andrew Botha captured the eerie atmosphere with his evocative sets and costumes. Further digital technology is by Malcolm Finlay. The projected forest scenes were magnificent.

The fifty five young dancers aged between thirteen and early adulthood. Nigel Hannah, a renowned character dancer, plays the role of the father. Mr Hannah was a dancer throughout most of the years when I watched ballet and it was a special treat to see him on stage again.

On opening night the role of Hansel was danced by Thula Cruikshank. He is a dancer to watch, because if he continues with dance he has a brilliant future ahead of him, hopefully here in South Africa. Megan Meyer dancer the role of Gretel.

The renowned Mark Hawkins was both choreographer and director. The ballet was short and there is a lot of incidental dancing including a charming acrobatic sequence at the end in the “Finale Celebration”. I would have put that in while the children were eating the gingerbread house. It would have fitted better there, I think. Nevertheless the four lovely jewels (including alternates) were Danielle Kane, Jaimee Mills, Cinzia Warrens, Natasha Heuser, Kayla Schultze. On opening night the two that I did recognise were Aviva Sher (because Megan Meyer was Gretel) and Kiruna Devar.

There were more boys than I expected and the choreography for the corps de ballet as angels, birds, fire spirits, fireflies and night creatures was truly lovely. One angel even “flew” – a theatrical device which drew enthusiastic applause from the parents. The effects were most pleasing, as was the dancing. 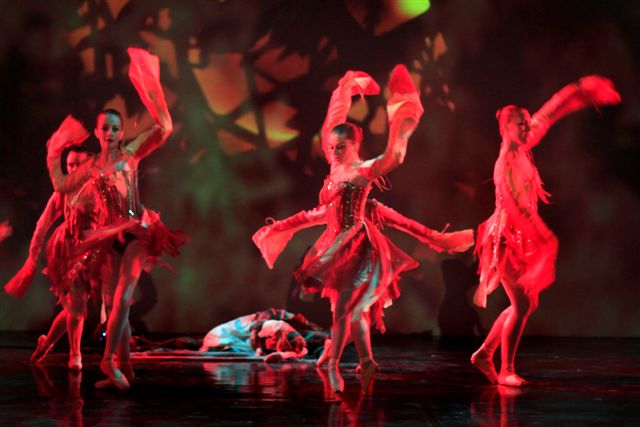 The score is really lovely. Composed specifically for the ballet by Nik Sakellarides, working with the choreographer, this is a triumph of beautiful melodic and richly evocative music. Mark Hawkins predicts that it is destined to be heard again and again. I concur, and add that the whole ballet should really be seen again and again, although not every alternate year. Nik Sakellarides is a prolific commercial composer in both South Africa and abroad.

The evening began with a tribute to Rulov Senekal, a former ballet master and artistic director of the Johannesburg Youth Ballet, who was tragically murdered earlier this year. He was, and will continue to be, missed. 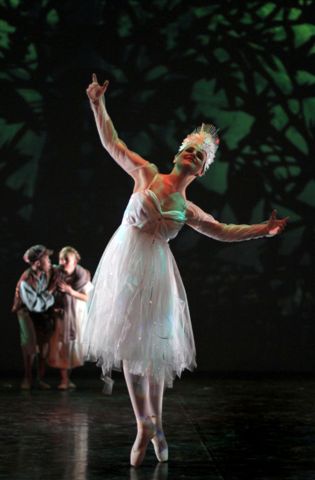 The acrobatic sequence by was by Trish Krinsky, additional choreography was by Kate Martin, design by Andrew Botha, lighting by JC Laurent with costumes being made by Cassandra Parsons, Helen Ramsay and Carroline Ramsay with make up and hair by Carroline Ramsay.

Hansel and Gretel ran from 16 to 19 August 2012 at the UJ Arts Centre Theatre, Kingsway campus. I attended on opening night.

4 Responses to World Premiere of Hansel and Gretel, the ballet